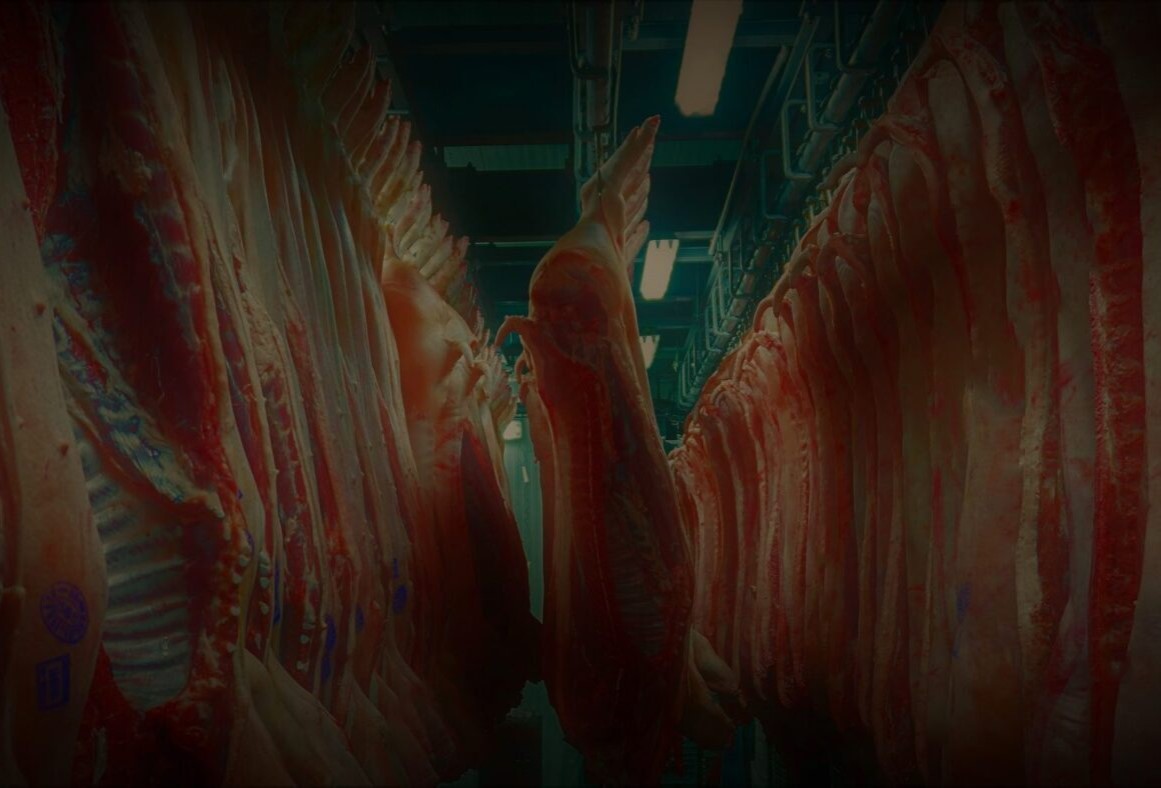 Obtaining the information that will provide the carcass classification in terms of quality and yield can only be obtained by slaughtering the animals and making post-slaughter measurements.

Carcass Video Imaging Analysis (VIA) or Video Image Scanning and Analysis (VISA) technologies are available to enable the classification of carcasses to determine their quality grades.

In accordance with the REGULATION ON CLASSIFICATION OF CATTLE CARCASES of the Ministry of Agriculture and Forestry, the carcasses of cattle registered with TÜRKVET are classified by evaluating their muscle structure and fat cover appropriately. By automatic analysis, classification can be made in European standards without touching.

In the S-EUROP classification system; Adult cattle carcasses are classified according to their conformation (five classes: E, U, R, O, and P) and fatness (five classes: 1, 2, 3, 4 and 5).

Online integration to the chopping band is possible. Automatic recording of cuts in half and half is kept. While the cattle are brought to the belt level, they are positioned to the camera angle thanks to the movable support. The volume of the carcass is calculated by reflecting the strip light. The data taken from the image is processed on the software and evaluated. Continuous continuation 450 Cattle per hour can be rated in bands. Stop and Continue Can be rated at 120 Bovines per hour in Bats.

While the cattle are brought to the belt level, they are positioned to the camera angle thanks to the movable support.
The volume of the carcass is calculated by reflecting the strip light.
The imaged data is processed on the software and evaluated.

Marta Technology Inc. Carcass classification system proposed by; They consist of four main components; camera, projector, background and software. While the projector creates a light source for 2D and 3D shooting, the camera that takes two separate images transfers the images to the software. In addition to making linear measurements such as length, width, angle and area from the 2D image taken under normal light, the carcass volume is calculated with the help of the 3D image taken from the continuation. Linear measurements, colors, areas and volumes made with the images obtained from the cameras of the carcass classification system are transferred to the software that works integrated with the system, and the carcass meat is classified according to the desired standards.

Importance and Characteristics of Rating

Carcasses obtained from cattle may have different quality characteristics related to many factors such as cattle breed, sex, fattening period, care and nutrition. These different features affect the commercial value of the carcass. The quality of the carcass directly affects the producer, the industrialist and the consumer, and determining the quality of the carcass is important in terms of increasing the production quality and yield, thus enabling the consumer to buy quality meat at the rate of the money paid.

VIA assessment eliminates any real or perceived human error.

The VIA rating clears the manufacturer's doubts.
Images are recorded in each carcass and can retroactively show that a carcass has been graded at any time.

It can also tell you how many strip fillets, top, silver side, front and thick side belly are in a given carcass. And it can give a unit estimate of the total meat in a carcass

WHAT RESULTS ARE GETTING

The tags assigned by the system as a result of the process perform retrospective archiving. It analyzes the productivity of the Breeds purchased regularly from the producer and helps you change your producer preference.

The carcass identification number is a visual assessment of fat color on a scale of 1 to 3 (white, cream, and yellow), a scale of 1 to 3 for damage and bruising (mild, moderate, and severe) and specific locations of all carcasses (hind legs, back, breast and forelimbs) are recorded by the same assessor prior to the VIA scan. An image number for each carcass is generated by the system. VIA system measurements include dimensional characteristics of the carcass and color changes at selected positions. The software captures the image and divides the carcass into different anatomical regions containing lengths, widths, and calculated areas (Picture 4). The reference points for these regions form the basis for making a large series of carcass measurements, which are then used as system output variables to define the dimensions and shape of the carcass and then estimate the carcass cut weights. From the amount of different color pixels allowed, VIA Technology calculates the degree of lubrication of the carcass. VIA Technology calibrates the VIA system to estimate carcass initial slaughter weights. A set of VIA measurement parameters (carcass lengths, widths, and areas) obtained by image analysis are used by VIA Technology to derive weights and prediction equations for primary carcass joints (leg, waist, breast, and shoulder).